We, the Heads of State and Government of the Member States of the African Union;

Gravely concerned at the increasing incidence of terrorist acts worldwide, including in Africa, and the growing risks of linkages between terrorism and mercenarism, weapons of mass destruction, drug trafficking, corruption, transnational organized crimes, money laundering, and the illicit proliferation of small arms;

Determined to combat terrorism in all its forms and manifestations and any support thereto in Africa;

Aware of the capabilities of the perpetrators of terrorist acts to use sophisticated technology and communication systems for organizing and carrying out their terrorist acts;

Bearing in Mind that the root causes of terrorism are complex and need to be addressed in a comprehensive manner;

Convinced that acts of terrorism cannot be justified under any circumstances;

Determined to ensure Africa’s active participation, cooperation and coordination with the international community in its determined efforts to combat and eradicate terrorism;

Guided by the principles and regulations enshrined in international conventions and the relevant decisions of the United Nations (UN) to prevent and combat terrorism, including resolution 1373 adopted by the Security Council on 28 September 2001, and the relevant General Assembly resolutions;

Reaffirming our commitment to the OAU Convention for the Elimination of Mercenarism in Africa, adopted in Libreville, Gabon, in July 1977;

Reaffirming our commitment to the Code of Conduct for Inter-African Relations adopted by the Thirtieth Ordinary Session of the Assembly of Heads of State and Government of the Organization of African Unity (OAU) held in Tunis, Tunisia, from 13 to 15 June 1994;

Reaffirming our commitment to the OAU Convention on the Prevention and Combating of Terrorism adopted by the 35th OAU Summit in Algiers, Algeria, in July 1999;

Recalling the Dakar Declaration against terrorism adopted by the African Summit meeting, held in Dakar, Senegal, in October 2001;

Further Recalling the Plan of Action for the Prevention and Combating of Terrorism adopted by the Intergovernmental High Level meeting of Member States of the African Union, held in Algiers, Algeria, in September 2002;

Reiterating our conviction that terrorism constitutes a serious violation of human rights and a threat to peace, security, development, and democracy;

Stressing the imperative for all Member States of the African Union to take all necessary measures to protect their populations from acts of terrorism and to implement all relevant continental and international humanitarian and human rights instruments; and

Desirous of ensuring the effective implementation of the OAU Convention on the Prevention and Combating of Terrorism.

1. “Assembly” means the Assembly of Heads of State and Government of the African Union;

2. “Chairperson” means the Chairperson of the African Union;

3. “Commission” means the Commission of the African Union;

5. “Convention” means the OAU Convention on the Prevention and Combating of Terrorism adopted by the 35th OAU Summit in Algiers in July 1999;

8. “Plan of Action” means the African Union Plan of Action on the Prevention and Combating of Terrorism in Africa;

9. “Protocol” means this Protocol to the Convention;

11. “State Party” means any Member State of the African Union which has ratified or acceded to this Protocol;

12. “Terrorist Act” means any act as defined in Articles 1 and 3 of the Convention;

14. “Weapons of Mass Destruction (WMD)” means biological, chemical and nuclear devices and explosives and their means of delivery.

2. Its main purpose is to enhance the effective implementation of the Convention and to give effect to Article 3(d) of the Protocol Relating to the Establishment of the Peace and Security Council of the African Union, on the need to coordinate and harmonize continental efforts in the prevention and combating of terrorism in all its aspects, as well as the implementation of other relevant international instruments.

1. States Parties commit themselves to implement fully the provisions of the Convention. They also undertake, among other things, to:

a) take all necessary measures to protect the fundamental human rights of their populations against all acts of terrorism;

b) prevent the entry into, and the training of terrorist groups on their territories;

c) identify, detect, confiscate and freeze or seize any funds and any other assets used or allocated for the purpose of committing a terrorist act, and to establish a mechanism to use such funds to compensate victims of terrorist acts or their families;

d) establish national contact points in order to facilitate the timely exchange and sharing of information on terrorist groups and activities at the regional, continental and international levels, including the cooperation of States for suppressing the financing of terrorism;

e) take appropriate actions against the perpetrators of mercenarism as defined in the OAU Convention for the Elimination of Mercenarism in Africa, adopted in Libreville, in 1977, and other relevant applicable international instruments;

f) strengthen national and regional measures in conformity with relevant continental and international Conventions and Treaties, to prevent the perpetrators of terrorist acts from acquiring weapons of mass destruction;

g) cooperate with the international community in the implementation of continental and international instruments related to weapons of mass destruction;

h) submit reports to the PSC on an annual basis, or at such regular intervals as shall be determined by the PSC, on measures taken to prevent and combat terrorism as provided for in the Convention, the AU Plan of Action and in this Protocol;

i) report to the PSC all terrorist activities in their countries as soon as they occur;

j) become parties to all continental and international instruments on the prevention and combating of terrorism;

k) outlaw torture and other degrading and inhumane treatment, including discriminatory and racist treatment of terrorist suspects, which are inconsistent with international law.

2. States Parties shall implement the provisions of paragraph 1 above on the basis of all relevant African and international Conventions and Treaties, in conformity with Article 22 of the Convention.

The Peace and Security Council (PSC) shall be responsible for harmonizing and coordinating continental efforts in the prevention and combating of terrorism. In pursuing this endeavor, the PSC shall:

a) establish operating procedures for information gathering, processing and dissemination;

b) establish mechanisms to facilitate the exchange of information among States Parties on patterns and trends in terrorist acts and the activities of terrorist groups and on successful practices on combating terrorism;

c) present an annual report to the Assembly of the Union on the situation of terrorism on the Continent;

d) monitor, evaluate and make recommendations on the implementation of the Plan of Action and programmes adopted by the African Union;

e) examine all reports submitted by States Parties on the implementation of the provisions of this Protocol; and

Article 5: THE ROLE OF THE COMMISSION

1. Under the leadership of the Chairperson of the Commission, and in conformity with Article 10 paragraph 4 of the Protocol Relating to the Establishment of the Peace and Security Council, the Commissioner in charge of Peace and Security shall be entrusted with the task of following-up on matters relating to the prevention and combating of terrorism.

2. The Commissioner shall be assisted by the Unit established within the Peace and Security Department of the Commission and the African Centre for the Study and Research on Terrorism, and shall, among other things:

a) provide technical assistance on legal and law enforcement matters, including on matters relating to combating the financing of terrorism, the preparation of model laws and guidelines to help Member States to formulate legislation and related measures for the prevention and combating of terrorism;

b) follow-up with Member States and with regional mechanisms on the implementation of decisions taken by the PSC and other Organs of the Union on terrorism related matters;

c) review and make recommendations on up-dating the programmes of the Union for the prevention and combating of terrorism and the activities of the African Centre for the Study and Research on Terrorism;

d) develop and maintain a database on a range of issues relating to terrorism including experts and technical assistance available;

e) maintain contacts with regional and international organizations and other entities dealing with issues of terrorism; and

f) provide advice and recommendations to Member States on a needs basis, on how to secure technical and financial assistance in the implementation of continental and international measures against terrorism.

Article 6: THE ROLE OF REGIONAL MECHANISMS

Regional mechanisms shall play a complementary role in the implementation of this Protocol and the Convention. They shall among other activities undertake the following:

a) establish contact points on terrorism at the regional level;

b) liaise with the Commission in developing measures for the prevention and combating of terrorism;

c) promote cooperation at the regional level, in the implementation of all aspects of this Protocol and the Convention, in accordance with Article 4 of the Convention;

d) harmonize and coordinate national measures to prevent and combat terrorism in their respective Regions;

e) establish modalities for sharing information on the activities of the perpetrators of terrorist acts and on the best practices for the prevention and combating of terrorism;

f) assist Member States to implement regional, continental and international instruments for the prevention and combating of terrorism; and

g) report regularly to the Commission on measures taken at the regional level to prevent and combat terrorist acts.

1. Any dispute or differences between States Parties arising from interpretation or application of the provisions of this Protocol shall be resolved amicably through direct consultations between the States Parties concerned.

2. In the event of failure to settle the dispute under sub paragraph 1 above, either State Party may refer the dispute to the Assembly through the Chairperson, pending the entry into force of the Court of Justice of the African Union, which shall have jurisdiction over such disputes.

1. The Convention shall constitute an adequate legal basis for extradition for States Parties that do not have extradition arrangements.

2. Should any dispute arise between State Parties on the interpretation or applicability of any existing bilateral extradition agreement or arrangement, the provisions of the Convention shall prevail with respect to extradition.

1. The present Protocol shall be open for signature, ratification or accession by the Member States of the Union in accordance with their respective constitutional procedures.

This Protocol shall enter into force thirty days after the deposit of the fifteenth (15th) instrument of ratification or accession.

1. Any State Party may propose amendment(s) to this Protocol by submitting a written request to the Commission, which shall circulate the said proposed amendments to all States Parties thereof.

2. The amendment(s) shall be approved by a simple majority of States Parties.

3. The amendment(s) approved shall enter into force for each State Party which has accepted it, in accordance with its constitutional procedures, three months after the Chairperson of the Commission has received notice of the acceptance.

This Protocol and all instruments of ratification or accession shall be deposited with the Chairperson of the Commission, who shall transmit certified true copies to all Member States and notify them of the dates of deposit of instruments of ratification by Member States and shall register it with the United Nations and any other Organization as may be decided by the Union.

ADOPTED BY THE THIRD ORDINARY SESSION OF THE ASSEMBLY OF THE AFRICAN UNION ADDIS ABABA, 8 JULY 2004 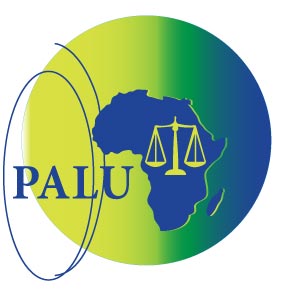