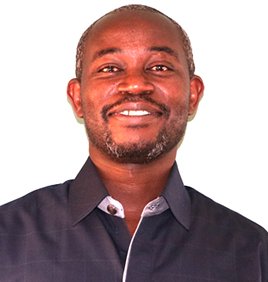 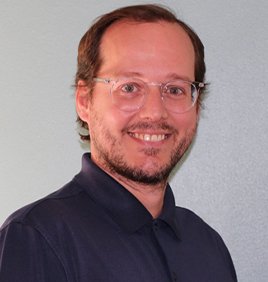 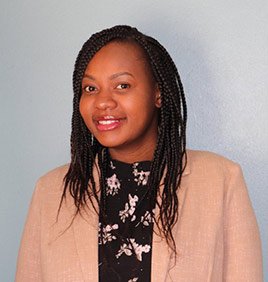 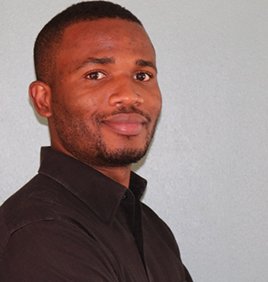 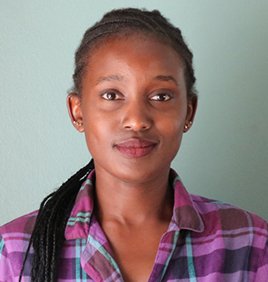 Programme Officer – Office of the CEO 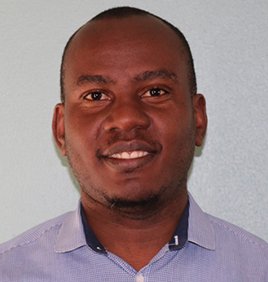 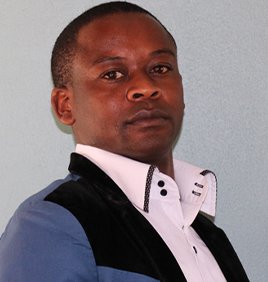 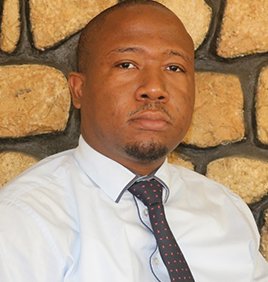 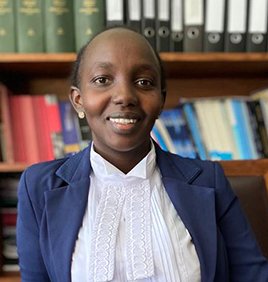 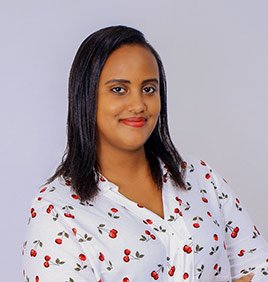 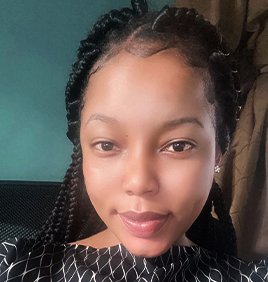 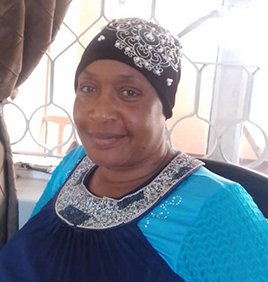 Mr. Deya is an Advocate of the High Court of Kenya, and was previously the CEO of the East Africa Law Society (EALS), and, before that, Deputy CEO of the Law Society of Kenya. He has also worked with the Kenyan Section of the International Commission of Jurists. While at the EALS, he founded the East African Civil Society Organizations’ Forum.

He litigates extensively at the African Court on Human and Peoples’ Rights, and the East African Court of Justice. Don has engaged in advocacy with several organs and institutions of the African Union, African Development Bank, African Legal Support Facility, Common Market for Eastern and Southern Africa, International Conference on the Great Lakes Region, Intergovernmental Authority on Development, and the East African Community amongst others. Mr. Deya also engages the United Nations system and the International Criminal Court.

François J. Godbout is a practicing lawyer admitted to the Quebec Bar Association since 2002 and a holder of Masters’ Degree in International Relations. Since June 2010, he is the Director of Programmes at PALU. Also, François is handling financial oversight responsibilities, as Acting Director of Finance and Administration. Before joining PALU, Mr. Godbout was Head of Programmes at the East Africa Law Society (EALS) from 2007 to 2010.

These two positions (PALU and EALS) have provided the opportunity of working with high-level officers of African intergovernmental organizations, with the leadership and membership of Bar Associations and Law Societies throughout the continent, and with a wide-range of civil society organizations internationally. Mr. Godbout has considerable international experience in managing multi-agency projects, managing change processes and providing team leadership, particularly on the African continent and more specifically in the East African Region.

Mr. Godbout also undertook various consultancy projects since 2004 both in Canada and Africa, including in design and implementation of social survey instruments and policy and legal research. Mr. Godbout was finally Legal Assistant (Defence Team) from June 2011 to June 2012 at the International Criminal Tribunal for Rwanda and contributed to dozens of successful human rights’ cases before the East African Court of Justice and the African Court on Human and Peoples’ Rights.

Evelyn is an African human rights activist with a passion for issues surrounding human rights, good governance, the rule of law and democracy.

Currently, the Programme Manager: African International Law at the Pan African Lawyers Union (PALU), Ms. Chijarira is the focal point for all human rights and litigation issues. She is a University of South Wales LLM fellow, holding an LLB from the University of Sheffield, a post-graduate Diploma in Facilitating Organization Learning and Development and is also a part of the Makwanyane Death Penalty Training Institute alumni.

Ms. Chijarira has over 10 years of experience working on human rights issues through consultancies and partnerships with a range of reputable organizations including the United Nations International Criminal Tribunal for Rwanda, Salama Fikiria Kenya, British Foreign and Commonwealth office, Law Society of England and Wales, Makwanyane Institute, Cornell University to name a few. She litigates before the African Court on Human and Peoples Rights (African Court) and actively advocates for the use of regional and continental redress mechanisms that including but not limited to the African Court and East African Court of Justice, African Commission, the ECOWAS Court of Justice to name a few.

Nelson Sidney Ndeki is a Programme Officer/Advocate under Human and Peoples’ Rights Programme at PALU, where he practiced before the national courts of the United Republic of Tanzania, the East African Court of Justice and the African Court of Human and Peoples’ Rights for the past four years. He has experience in strategic litigation and fair trial cases. His recent cases include defending: individual facing the mandatory death penalty, fair trial rights, freedom of expression and assembly, freedom of press, principles rule of law and good governance.

Mr. Ndeki is a registered pro bono counsel under the Legal Aid Scheme of the African Court of Human and Peoples’ Rights since 2016. Prior to joining PALU, Mr. Ndeki was a legal freelancer defending individuals accused of murder, drug trafficking, minor offenses such as traffic cases and unfair termination cases. Mr. Ndeki is a member of the Tanganyika Law Society and East African Law Society.

Programme Officer-Office of the CEO

Kasichana is an advocate of the High Court of Kenya since 2016, a certified Mediator and is currently the Programme Officer – Office of the Chief Executive Officer at PALU since May 2018. She is also currently in charge of Membership and is a member of the Communications Department at PALU.

Prior to joining PALU in 2018, she was the Team Leader of a Non-Governmental Organisation in Mombasa known as Fatuma’s Voice, as well as having led the Artist Department for the Storymoja Festival in 2017. She is a human rights activist and an advocate for Digital Rights in the East African Region.

Esther Muigai-Mnaro is an Advocate of the High Court of Kenya. In 2012, she was admitted to the Kenya Bar and remains in good standing. She is an active Litigator, holding over 8 years of post-admission experience such as litigating widely before the Kenya National Courts and currently litigating before the East African Court of Justice as well the African Court on Human and Peoples’ Rights. Esther provides gratis legal counsel to diverse organisations and initiatives focused on economic empowerment, good governance , rule of law as well as legal education. Esther holds a Bachelor of Law degree from Kampala International University in Uganda and she is pursuing her graduate legal studies.

Filsan Abdillahi Elmi Ainan is an Associate Legal Officer and Advocate of the High Court of Tanzania working under the African International Law programme at PALU. She conducts legal research for PALU cases before the African Court of Human and Peoples’ Rights and the East African Court of Justice. She is also involved in advocacy surrounding the death penalty.

Ms. Ainan holds an LLB from Tumaini University Dar es Salaam College and a Postgraduate Diploma in Legal Practice from the Law School of Tanzania. Ms. Ainan is a member of the Tanganyika Law Society.

Brian Mossi is an experienced Finance Officer with a demonstrated record of working in the Tanzanian legal services industry. Mr. Mossi is experienced in programming, budgeting, finance and accounting responsibilities as well as human resource management and administrative responsibilities. He holds a Master of Business Administration degree (with a specialised focus in Business Administration and Management) from the Eastern and Southern African Management Institute Business School. Also, he holds a Bachelors of Commerce degree (Accounting specialisation) from the University of Dar es Salaam.

Japhet Azza is a Certified Public Accountant, having taught at the university level in Tanzania. Currently, Mr. Azza is pursuing a Master of Business Administration degree. At PALU, he leads on overall accounting and financial reporting, cash management, budgets and administration.

Ms Zainab Ramadhani is the Office Assistant at PALU and has been with the organisation for the past four years. She ensures the smooth running of the office on a day-to-day basis and manages administrative activities of the office.

Salome Gasper Mushi works to ensure that justice and human rights are observed regardless of one’s background. As an aspiring legal practitioner, with a passion for legal matters, Ms. Mushi stands strongly with one important virtue: fairness while applying the laws and within a context of making wise and informed decisions.

Ms. Mushi is an PALU Associate Legal Officer working in its Legal Research Department (e.g. comparative analysis of Jurisprudence originating from regional Courts and Tribunals inside and outside Africa). She holds an Bachelor of Laws from Tumaini University Makumira; and has worked at the East African Law Society. Currently, Ms. Mushi is pursuing a Masters of Laws in International Law and International Relations.

Madiwa joins PALU with close to a decade of experience in Marketing Communications and is expected to improve communications at the institution and add significant value to membership services. Prior to his new role as Communication and IT Officer at PALU, Madiwa worked as the Communications and Marketing Specialist at the Tanzania Private Sector Foundation, the apex body for the private sector.

Madiwa is also currently pursuing his MBA at the University of Dar es Salaam. Madiwa’s versatility in engaging diverse members and stakeholders has led to the sustainability of organisations he has worked at, as well as numerous policy reforms.

“I look forward to my new role at PALU towards promoting good governance, upholding the rule of law and protection of human rights and civil liberties.”